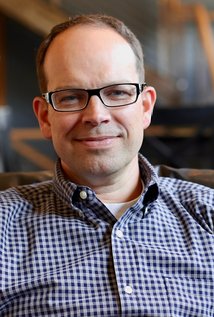 Adam Anderegg is a director, writer, and producer.
Adam Thomas Anderegg
LDS
LDS (Church of Jesus Christ of Latter-day Saints)
01-19
Brazil
BFA in film directing from Brigham Young University
Director, assistant editor, LDS Motion Picture Studio, Owner at Kaleidoscope Pictures, Inc
“I remember on my first day of college, I went to the Music Department’s office to pick up a $200 scholarship. When I got there, they said, “You’ll have to go over to the Theater Department’s office. It’s actually an MDT (musical dance theater) scholarship. I thought, “No way I’m gonna pursue MDT.” But I was so broke, I went to the Theater Office. When I got there, they said, “Actually, it’s a film scholarship. To get the $200, you’ll have to declare yourself a film major.” I didn’t even know there was such a thing. I declared, they gave me the check, and the first time I walked on set, I was hooked for life.”
Male
Director, Producer, Writer