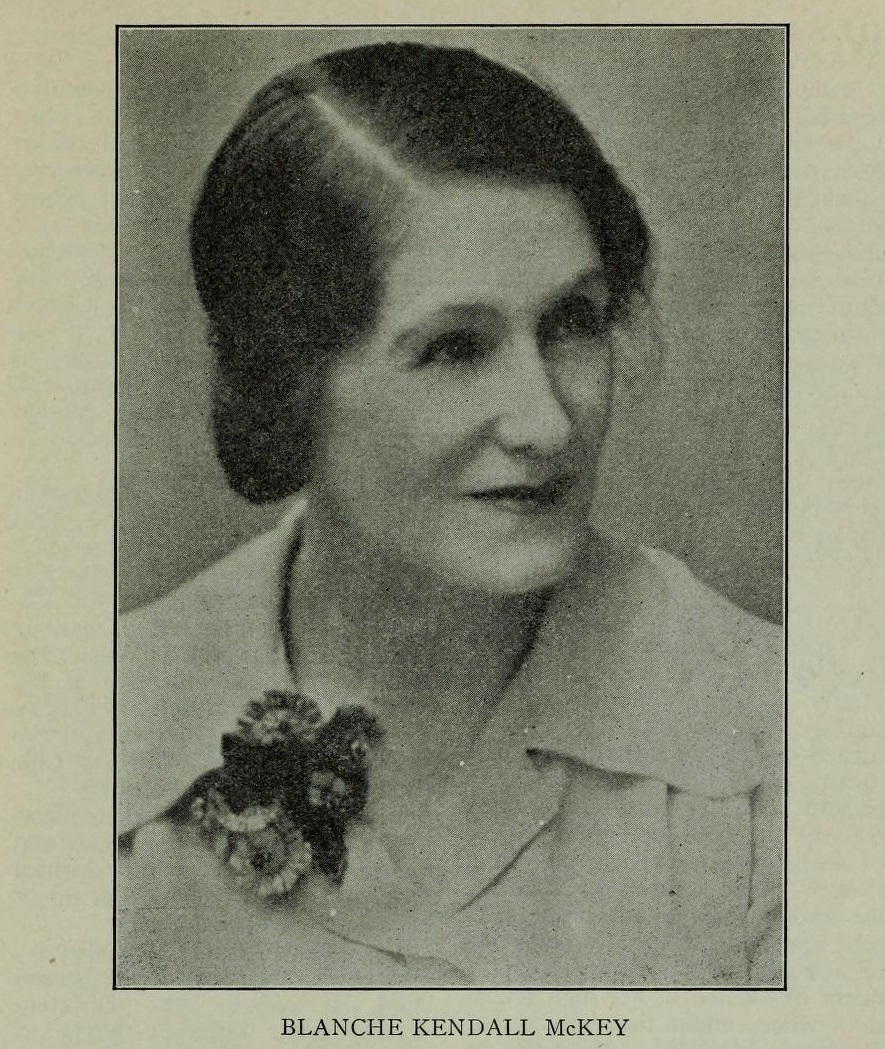 Blanche Kendall Thomas McKey was born on 30 June 1879 in Salt Lake City, Utah, to Richard Kendall Thomas, a pioneer merchant, and Caroline Stockdale Thomas. The Thomas children grew up acting on a stage their father built, with Blanche's sister, Kate, writing plays for them. Blanche graduated from the University of Utah in 1900 with a normal certificate, and in the following year, left for New York with her older sister Kate. There, Blanche took private acting lessons. A few months later, she auditioned for Klaw and Erlanger, a prestigious New York agency, and was placed under contract. She played Tirzah in "Ben Hur" on the New York stage and also took five Shakespearean parts under Charles B. Hanford.

Blanche acted in various other companies before her marriage to William Richard McKey in 1907. They met when both were performing lead roles in "Eben Holden" in New York. William and Blanche had two children.

Blanche wrote many radio scripts, one-act plays, and narrative poems. Some of these won national recognition, including the PEN award. She taught drama at Weber State after her husband's death from 1918-1923. She then attended the University of Utah and received her degree in 1924. She received her M.A. degree four years later. Blanche Kendall Thomas McKey died in 1973 at age 93.