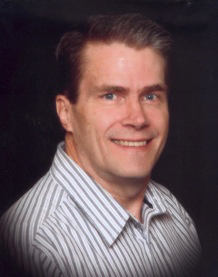 LDS
LDS (Church of Jesus Christ of Latter-day Saints)
Sharon
Daughters Jessica, Janalynn and Joelle and son Jon-Christopher.
[this info taken from Encore Performance Publishing website]
Colorado
B.A., Theatre, Brigham Young University
Born in Colorado and raised in Chicago, he found the theatre in High School and has made a living in Theatre, Film and Television since then. He has worked on over 25 major network television shows and some 300 commercials along with two feature films. He has performed in front of over 2000 live audiences from Utah to Italy in various plays and musicals. He has received acting awards for his many leading and supporting roles. He has directed over 40 shows on the Community, Educational and Professional level. He has choreographed over 50 productions. He has won awards for lighting and scenic designs in community theatre and continues to design shows at the high school level. He is the composer of over thirty musicals. He is also a playwright and lyricist for over 20 plays and musicals. He makes his home in Bridgewater, Nova Scotia, Canada.
I feel the theatre is vital. It is a learning and teaching tool as well as a medium of entertainment and communication. It is in its most powerful form when it entertains and teaches. No other medium conveys direct messages thematically through live communication with it�s audience. The theatre is action and reaction in the minds and bodies of both the performer and the spectator. It is essential for young people and their parents to learn and grow and be entertained together as a family unit, where discussion and communication can take place. I try to choose plays and musicals that fill this need. Young people are facing an ever changing world in which choices and decisions will only become more difficult to make. The message I hope to convey through our plays is that all humankind has problems but that all problems can be solved, somehow. My goal is to empower young people (and their parents) with the knowledge and/or belief that they can solve their own problems, either by themselves, or with the help of their God or their parents, or a combination of any or all three; that nothing is hopeless when our �Generation X� seems to have no hope. This is a positive message for today�s family. [From editor's message of the Encore Performance Publishing catalog: http://www.encoreplay.com/encoreplay/pdffiles/2002ldscatalog%2017pps.pdf]
The Educational Theatre Association, The International Thespian Society, Christians In Theatre Arts, The Texas Educational Theatre Association, The Utah Theatre Association, Ohio Community Theatre Association, The American Alliance for Theatre In Education and The American Society of Composers, Authors and Publishers (ASCAP). He has served as the President of the Theatre Guild Of Utah Valley in central Utah. He is President of Encore Performance Publishing of Orem, Utah -- a publisher of plays and musicals for amateur and professional markets.
Author, Composer, Musician
He has received acting awards for his many leading and supporting roles. He has won awards for lighting and scenic designs in community theatre . His musical, Cinderabbit written for PBS, won an Emmy Award and a "Best Of The West" Public Television award