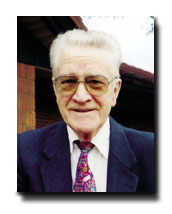 Vivienne Grace Bowns
The Browns are the parents of five children with 28 grandchildren and 27 (and counting) great-grandchildren.
1921
Canada
Charles earned his degrees from Glendale California Community College, the University of Utah, and the University of Southern California.
Spent four years as a co-pilot with American Airlines, thirty years at the University of Southern California until his retirement. He and his wife now live in St. George, Utah where he has served as Board Member of he Southwest Symphony, President of the Southwest Guild for the Performing Arts, Board Member of the Celebrity Concert Series, Secretary of the Bloomington Hills Home Owners Association, and as a volunteer at Dixie Care and Share.
Author