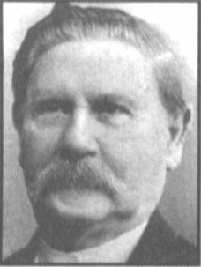 Charles W. Penrose (1832-1925) was born in London, England. At the age of eighteen he joined the Church and was soon thereafter sent on a seven-year mission through England, during which time he established a number of branches of the Church. After his long labor he was called to preside over the London conference. It was while serving in this position that he began to write. In 1861 he and his family emigrated to Utah. He returned to England on a second mission. On returning to Utah, he moved to Logan and then to Ogden, where he began his newspaper work. He soon became editor of the Deseret News, where he served until his call to the First Presidency of the Church. The hymns of Charles Penrose are still widely sung in Mormondom. Included in 75 Significant Mormon Poets
President Charles W. Penrose
1832-02-04
London, England
1925
Male
Author