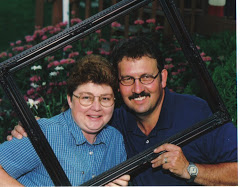 While attending college, I decided that I would like to teach high school level English, French, and drama. Then I met a young returned missionary named Kennon Crane and all plans changed. We were married in May of 1982 in the Logan Temple and made our home in Bennington, Idaho.

In 1983 my father passed away under tragic circumstances. Writing, which had always been a hobby of mine, became a lifeline as I tried to make sense of what I was feeling. Eventually I began shaping what I had written into a story and the desire to become an author was born. After enduring 8 years of rejection letters, Covenant Communications offered to publish the manuscript that would become "Kate's Turn." The response to this book was overwhelming---it became # 3 on the bestseller list for Covenant Communications in 1994 and the "Kate" series was born.

I have been given a marvelous opportunity to address issues that young people face in today's troubled world. My books have tackled topics that include teen pregnancies, eating disorders, and alcoholism. I'm a Type 1 diabetic and I've also included diabetic characters to show that people with chronic illnesses can live full lives.

My main goal as a writer is to touch lives in a positive way. My motivation is getting a message of hope to a young person who is struggling.

In my life I have tried to incorporate a favorite quotation: "Keep your face toward the sunshine and all shadows fall behind." (Helen Keller) It is my hope that this philosophy is reflected in my books.