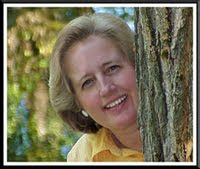 According to the census taker, my life officially started when I came into the world in Wisconsin. After that, because my dad served in the military, I grew up in several places in the United States.

In college, I majored in entomology (insects), graduating Sum Kinda Buggy from the University of Wyoming. However, I seldom share that information because then people want me to crawl under their homes to check for termites.

Although no one thought of me as funny in school—in fact, most people didn't even think of me at all—I fooled my classmates and grew up to write a humor column for a small newspaper, the Sanpete Messenger. I’ve also had humorous articles published in Green Prints, Real Woman on the Run, and YourLDSNeighborhood.com.

Despite an inclination toward humor, my serious works have appeared in the Ensign magazine, and in several national anthologies—Cup of Comfort for Horse Lovers, Cup of Comfort for Breast Cancer Survivors, My Dad is My Hero, and Cup of Comfort Book of Christmas Prayer. My latest project, a co-authored book of LDS anecdotes called, Mormon Mishaps and Mischief, was published by Cedar Fort, Inc. and is available here at the website, as well as at Amazon.com, Barnes and Noble, and at well known bookstores.