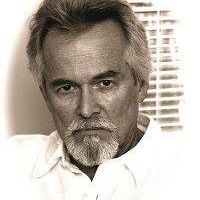 Clifton Holt Jolley is known in Utah as a newspaper columnist and host of PBS Civic Dialogue; he has been published in the New York Times, Dialogue, Sunstone, Western Folklore, and others; each of his two documentaries for PBS have been Emmy nominated (always a bridesmade…); he is the father of 6, grandfather of 11, and spouse of 1 (as of this printing) who has been awarded for “Criticism and Commentary” by the Associated Press, and his book—Children’s Voices—is perennially available as a “remainder” on Amazon.
C. H. Jolley
LDS
LDS (Church of Jesus Christ of Latter-day Saints)
Work also found on page 64 of the Autumn 1972 issue of
1945
San Luis Obispo, California
Brigham Young University, Brigham Young University Hawaii, Newspaper columnist, Host of PBS Civic Dialogue
Professor, Media production company owner
"I do not smile. Ever. And until healthcare reform passes, I won't. And then: only if a Republican says something funny. Which means: I do not smile. Ever."
Male
Author, Poet
English