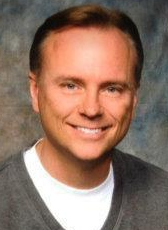 According to IMDB, Broberg was an editor for "Suits on the Loose" and "Passage to Zarahemla." He has also worked in other film related jobs including working as an assistant editor for "Titanic" and "That Darn Cat."
LDS
LDS (Church of Jesus Christ of Latter-day Saints)
05-20
BFA degree in film from Brigham Young University (1987)
Film editor, writer, director
"After graduating with a film production BFA in 1987, I went to work for Disney Studios in Burbank, California. I started as a production assistant in television and then later became a coordinator in their feature production department, working on such films as Three Men and a Little Lady, Oscar, Father of the Bride, and Alive. After five years, I left Disney to work freelance as an assistant film editor. My assistant editing credits include Father Hood, Squanto: A Warrior's Tale, Father of the Bride II, Phenomenon, and That Darn Cat. For the last year and four months I've been the first assistant editor on Jim Cameron's film, Titanic (which was a very difficult yet rewarding project)."
Motion Pictures Editors Guild
Male
Director, Producer
English