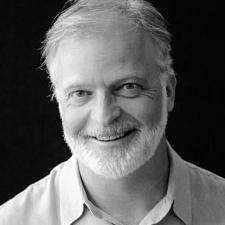 David G. Pace is an essayist and fiction writer located in the Mountain West. His work has been published in, among other periodicals, the literary journals “Quarterly West,” “ellipsis…literature and art,” and “Alligator Juniper.” His byline has also appeared in “The Christian Science Monitor,” “Huffington Post,” “American Theatre Magazine,” in the collection “Moth & Rust” and as a chapter in a book of biographies. His unpublished collection of short fiction “City of Saints: Stories of the Mormon Corridor” is a prize-winner of the Utah Original Writing Competition, along with his unpublished manuscript “Cold Desert: An Interstate 80 Picaresque,” both of which are in search of a publisher. He holds an MA in Communication/Rhetoric and has won six writing awards, including one for his debut novel Dream House on Golan Drive. He is a fundraiser and, since 2013, the literary editor of 15 Bytes Online Arts Magazine found at www.artistsofutah.org
David Pace
LDS
LDS (Church of Jesus Christ of Latter-day Saints)
Sid and Mary Pace
Glenda Pace
Tina, Sparky, and Chip Pace
David pace has been theater critic for the Event newspaper in Salt Lake City, and regional correspondent for Backstage, a national performing arts weekly.
Springfield, Illinois
Micronesia Guam
B.A. 1975 Univ of Loyola, Chicago M.A. 1983 Univ of Illinois, Chicago Ph.D. 1990 Standford University
Male
Author
English