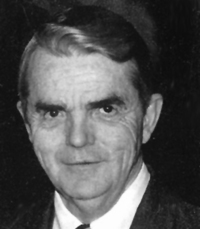 Davis Bitton was born in Blackfoot, Idaho, in 1930. After a mission to France and service in the U.S. Army during the Korean War, he graduated from BYU in 1956. His M.A. and Ph.D. degrees were granted by Princeton University in 1958 and 1961. After faculty appointments at the University of Texas at Austin and the University of California at Santa Barbara, Bitton served at the University of Utah until his retirement in 1995. A charter member of the Mormon History Association, he served one term as its president. His writings are extensive. Especially well known are The Mormon Experience: A History of the Latter-day Saints (with Leonard Arrington); Guide to Mormon Diaries and Autobiographies; and The Ritualization of Mormon History and Other Essays. Bitton lives with his wife JoAn, in Salt Lake City, where they stay busy with church, family, and research and writing.
R. Davis Bitton, Ronald Davis Bitton
LDS
LDS (Church of Jesus Christ of Latter-day Saints)
1930-02-22
Blackfoot, Idaho
2007-06-13
France
Bachelor's degree at Brigham Young University, master's and doctorate degrees from Princeton University, N.J.
U.S. Army, Professor, assistant historian for The Church of Jesus Christ of Latter-day Saints
Male
Author, Editor
English