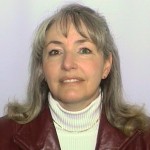 As is probably obvious, I was born. When and where is irrelevant, except that it was a long time ago—long ago enough that I’ve accumulated a husband, several children and grandchildren, innumerable pets, and nearly as many gray hairs—all of which I adore. Along the way I picked up a B.A. in literature, an M.A. in creative writing, and a Ph.D. in rhetoric and composition, as well as a few thousand students, whom I also adore. Additionally, I’ve lived in many different countries and states and had experiences that, if they hadn’t happened to me, would quite frankly be unbelievable. Some of these experiences show up in my books. They give me something to write about, besides what pops up in my imagination. One constant in my life has been the desire to be an author—an author, not just a writer. My first real attempt was in the fourth grade when I tried to write a book about a mermaid but didn’t get past the first chapter. Undeterred, in the sixth grade, when my elementary school principal asked me what I wanted to be when I grew up, I stoutly proclaimed that I wanted to be an author. My teacher, the saintly Mrs. Opal Owen, encouraged me by making me the editor of our class newspaper. It was to be the first of quite a few publications for which I’ve been an editor. Over the years I dabbled in writing books and short stories. I’ve actually had four or five stories published in national and international magazines. I’ve also published chapters in a couple of academic books. The one disappointment up to that time was that, although I received some awards for novel manuscripts that I wrote, none of my novels were published. Somehow, though, it never occurred to me to give up.
Author