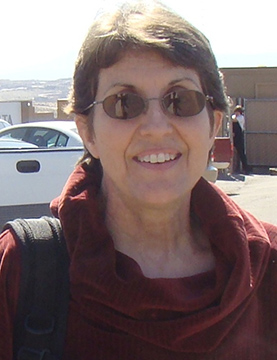 Example of work can be found on page 55 of the Winter 2000-2001 issue of Irreantum.
Diann Thornley, Diann T. Read
LDS
LDS (Church of Jesus Christ of Latter-day Saints)
Originally from northern Utah, Diann Thornley wrote her first story at the age of five and never stopped writing. She taught herself to type—with two fingers—on her father’s ancient manual typewriter at the age of six because it was faster than pushing a pencil. After winning a statewide writing contest, junior high division, at the age of fourteen, she began her first novel, which was based on the Arthurian legends. This endeavor filled most of her high school years and freshman year of college, until a handful of friends introduced her to science fiction by “kidnapping” her to go see an obscure little movie called Star Wars. The rest, as they say, is history . Ganwold’s Child, first book of the The Sergey Chronicles, took seven years to complete, due to completing college and entering the U.S. Air Force. Following a year-long tour of duty in the Republic of Korea, Diann finished Ganwold’s Child while stationed at Wright-Patterson AFB in Dayton, Ohio. Echoes of Issel and Dominion’s Reach, the second and third books in the Sergey trilogy, were also written in Ohio. Diann served for 23 years in the U.S. Air Force, a career that included tours of duty in South Korea, Bosnia, and Iraq, and that indelibly influenced the stories she tells. She learned her craft from such mentors as Orson Scott Card, C.J. Cherryh, Elizabeth Moon, and David Farland, and is a member of the Society of Children's Book Writers and Illustrators. Diann is married to NASA scientist and martial artist Jon Read. They live in Houston, Texas.
Washington D.C.
U.S. Air Force, author
Female
Author
English