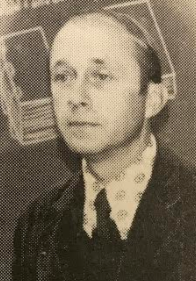 With a cherished education comprised o learning from goodly parents, spiritual heroes and choice friends, coupled with a graduat certificate in Aerospace Studies, BS, MA and PhD, the man walks quietly qualified. "A careful balance of spiritual and good temporal values," is representative of Don Black's philosophy, evident in his active engagement in the business world, his organization of a teen center and creation of this nation's only Danish Museum, (heralded by this nation and the Kingdom of Denmark as a major contribution to the study, preservation and appreciation of Scandinavian arts and folklore.)

Don Black has a keen sense of humor denoted by his driving of a Model T Ford, paid up membership in the Laurel Hardy Club and his Mickey Mouse wristwatch! He has climbed Mt. San Gorgonio, Timpanogos and Whitney! He received the Most Friendly Teacher Award, and is listed in the Presidential Awarded Volume, "Outstanding Young Men of America." In 1974, he was a recipient of the President's Sports Award. He served as a missionary in Denmark and has held numerous positions within his church. He was a faculty member of the education system of the Church of Jesus Christ of Latter-day Saints.

His love, dedication and work with young people, especially in the area of drug abuse merited him the Distinguished Service Award. He served in the U.S. Army. He loves his wife, Ann, and their four children. Popular lecturer, author and teacher, Don J. Black is a man who loves God, family, people and country.