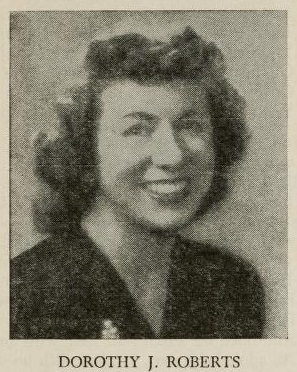 Dott Jensen Roberts was born November 17, 1905 in Emmett, Idaho to Levi Benjamin Jensen and Anna Marie A. Jensen. She married Oren Ellwood Maxfield in 1928, they later divorced. She married Joseph Oliver Sartori in 1934, they divorced in 1944. She married Lawrence Paul Roberts in 1945. He died in 1965. Dott married Floyd G. Harper in 1970.

Dott attended the University of Utah. She was a teacher in the Granite School District, and was a semi-professional writer and photographer. Many of her poems were published int he Relief Society Magazine and in Utah Sings.