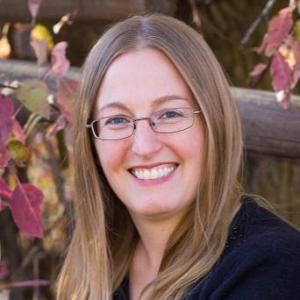 E.B. Wheeler grew up in Georgia and California. She attended BYU, majoring in history with an English minor, and earned an MA in early modern history with an emphasis on British religion and popular belief, as well as an MLA in historic and cultural landscapes, from Utah State University. Her first novel, The Haunting of Springett Hall, won the 2015 Gold Quill award from the League of Utah Writers for best YA fiction and was nominated for a Whitney Award. She has two adult historical fiction novels forthcoming in 2016 from Cedar Fort Press, Born to Treason and No Peace with the Dawn (with co-author Jeff Bateman). Her YA fiction is represented by Abigail Samoun of Red Fox Literary.

E.B. Wheeler is also the author of several award-winning short stories, magazine articles, and scripts for educational software programs, including “Imperfect Instruments,” about faith and living with Brown-Sequard syndrome resulting from a spinal cord injury, which won the 2015 Segullah Award for Excellence in Creative Nonfiction. In addition to writing, she also consults about historic preservation and teaches Utah history at Utah State University. She has worked on projects for the National Park Service, the LDS church, and the USU Museum of Anthropology. She currently serves on the board of directors for the League of Utah Writers. She lives in the mountains of Utah with her husband, children, and various pets. If she had spare time, she would spend it playing harp and hammered dulcimer, gardening, hiking, shooting archery, knitting, and reading.