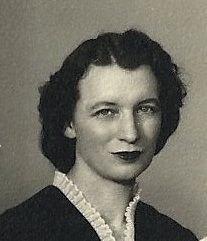 Mrs. Dix was born on July 21, 1906 in Parowan, Utah to Mahonri M. Decker and Harriet Norris Decker. She married David Cleo Dix on May 17, 1929; the marriage was then solemnized in the St. George Temple.

Mrs. Dix will be remembered for her devotion to community service wherever she resided, in Cedar City, Logan, and Salt Lake City. She was always involved in the cultural life of her community. From 1940 to 1956, she was the coordinator of the Adult Education Program for Iron County schools. In Logan, she served in a similar capacity in the Dept. of Education at Utah State University from 1956 to 1960. She graduated from Branch Agricultural College in Cedar City (now SUU) in 1926 and later received her B.S. degree in Journalism at the University of Utah. She retired from the University of Utah after serving as an Associate Director of Women's Programs in the Division of Continuing Education. Mrs. Dix loved history and journalism, and was a published writer of articles in the Utah Historical Quarterly. In 1976, she won the Grand Prize in the Utah Centennial Biographies Contest. She also published short stories and poetry which won several awards. She especially loved her affiliation with the Daughters of Utah Pioneers and continued her involvement well into her 90's. Mrs. Dix was a member of the board of directors for the Utah Lung Association beginning in 1940. She represented Utah on the board of directors of the American Lung Association from 1950 to 1954 and later received special recognition for that service in 1980 at an awards ceremony in Washington, D.C. A lifelong member of The Church of Jesus Christ of Latter-day Saints, she served in many teaching capacities in Mutual and Relief Society and on Stake Boards for those organizations. She loved Utah and felt blessed to be the descendant of Mormon pioneers.