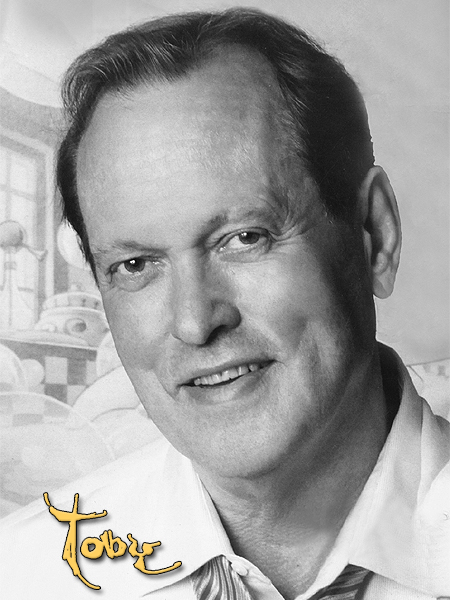 Frederick L. "Toby" Bluth was a Texas-born American illustrator who worked on many Disney films and others as animator, Background artist and Production designer. He had a long career writing and illustrating children's books, not to mention performing and or directing, nearly one hundred musicals, both on Broadway and off. His artwork is prominently displayed at most of the Disney theme parks around the world. He was the younger brother of Don Bluth, whom he collaborated with on both theater and animation.
Toby Bluth, Frederick Lee Bluth
He died on October 31, 2013 in Los Angeles, California following a stroke.
1940-07-11
Texas
2013-10-31
Painter, animator, background artist, production designer, theater director, film director
Male
Director, Writer
English