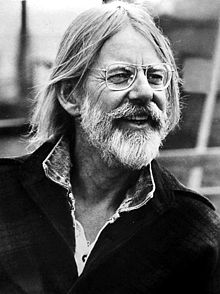 Hal Ashby was born the fourth and youngest child in a Mormon household in Ogden, Utah, on September 2, 1929. His father was a dairy farmer. After a rough childhood that included the divorce of his parents, his father's suicide, his dropping out of high school, getting married and divorced all before he was 19, he decided to leave Utah for California. A Californian employment office found him a printing press job at Universal Studios. Within a few years, he was an assistant film editor at various other studios. One of his pals while at MGM was a young messenger named Jack Nicholson. He moved up to being a full fledged editor on The Loved One (1965) and started editing the films of director Norman Jewison.
William Hal Ashby
Unknown
LDS Culturally
1929-09-02
Ogden, Utah
1988-12-27
Film editor, director
Male
Director
English