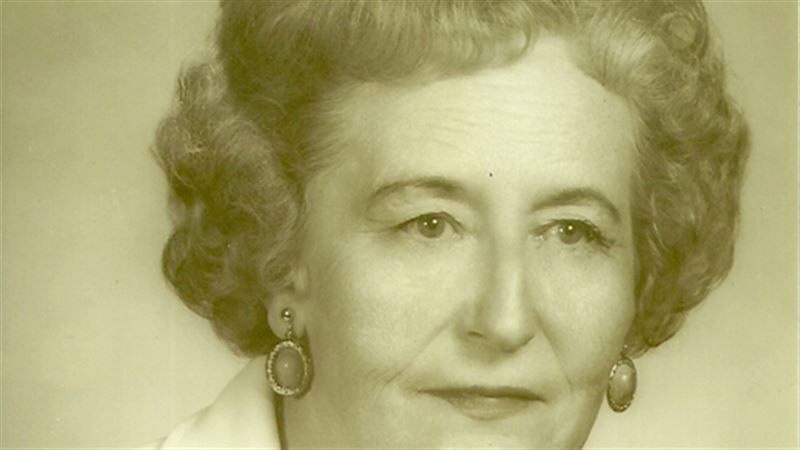 Helen Mar Cook was the last surviving grandchild of Elder Orson F. Whitney, sometimes described as the Poet Laureate of Mormonism. She inherited her grandfather’s gift for the written word and became an accomplished and frequently published poet, receiving numerous awards in prose and poetry. She published four volumes of poetry. Her first book, Shape of Flight, was published in 1975 by the Utah State Poetry Society when she was named Poet of the Year. She was a well-known teacher and lecturer in poetry workshops and readings throughout the state of Utah. She was a member of the Utah State Poetry Society having served as President and in various official capacities. She served as president of The League of Utah Writers and the Utah Association of the National Pen Women and served on the National Letters Board. She also served as President of the Ben Lomond Poets, Blue Quill Writers, and on the Literary Arts Panel of the Utah Arts Council. She was also a member of the Daughters of Utah Pioneers.
Helen Mar Whitney Cook
LDS
LDS (Church of Jesus Christ of Latter-day Saints)
Example of work can be found on page 10 of volume XVI number 01 issue of Exponent II.
1916-11-10
West Jordan, Utah
2015-01-10
LDS Business College, courses at Weber State College
Secretary
Female
Author
English