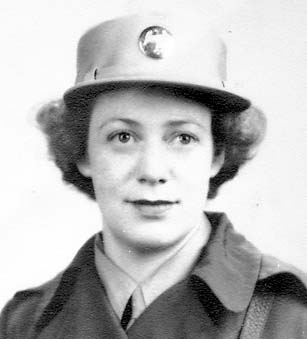 Iris was born March 22, 1920 in Blanding, Utah to Chester Allen Black and Sara Clarissa Hancock Black. Soon thereafter her family moved to Monticello, Utah where Iris was raised. She traveled to the Eastern states as a young adult for employment and there met Bruce "Boyd" Sparks, a serviceman. They were married on April 5, 1942 in Florida. Iris decided to serve her country as well and enlisted in the Women's Army Corps in May 1943. Boyd was killed March 17, 1945 in Germany. After her military service Iris returned to Utah and on August 6, 1948 married Max Evan Syndergaard. Their marriage was later solemnized in the Salt Lake Temple. They moved to Kaysville in 1955 where they raised their family.

Iris was a gifted writer and her column entitled "Day by Day" was featured in the Ogden Standard Examiner three times a week for over ten years. She also wrote for the Davis County Clipper and the Weekly Reflex newspapers. Iris had numerous articles and stories published in various national magazines and in LDS Church publications. She entered and won many writing contests. She was often invited to speak at conventions and workshops on the subject of writing humor. She previously served as president of the Ogden Chapter of the National Pen Women's organization.