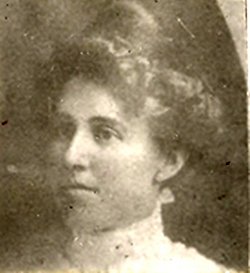 Juliaetta Bateman Jensen was born on Dec. 31, 1878 at West Jordan, Salt Lake County, Utah to Samuel Bateman and Marinda Allen Bateman. She got her teaching degree from the Univeristy of Utah and taught in Midvale, Utah. She wrote the book, "Little Gold Pieces" which is autobiographical account about her own Bateman Family living in a Mormon Community at West Jordan Utah during very difficult times including, polygamy, health issues, joys and tragedy.

2 Works by Juliaetta B. Jensen