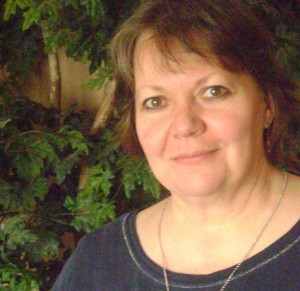 Launi K. Anderson was raised in Los Angeles and San Diego, California. She worked for a large local bookstore and became the children's book buyer. She loves historical fiction and enjoys the research as much as the writing. Her favorite things are: Thanksgiving, flutes, autumn leaves, ballet, cats, and old photos. Launi lives in Orem, Utah, with her husband Devon, their three daughters, and two sons.
Launi Anderson
LDS
LDS (Church of Jesus Christ of Latter-day Saints)
Devon Anderson
Three daughters (April, Lyndi, and Jillian), two sons (Dane and Rhen).
When Launi Anderson was approached with the idea of writing books for the Latter-day Daughters series, she balked. "I only write picture books," she said. With more than 25,000 copies of her novels sold, she has proven that she can, indeed, write for the 8 to 12-year-old audience. Launi is the mother of five children, April, Lyndi, Jillian, Dane, and Rhen. She has adopted a dog and owns an assortment of cats and one hedgehog. Launi has had many callings in the Church. She says that one of the things she enjoys doing most is LDS historical research. Not only does Launi write and play with her kids, but she also enjoys music, cooking, storytelling, organizing, and chatting. She is clever, witty, and a blast to be around. If you need a good laugh, find Launi.
1958
Female
Author
English