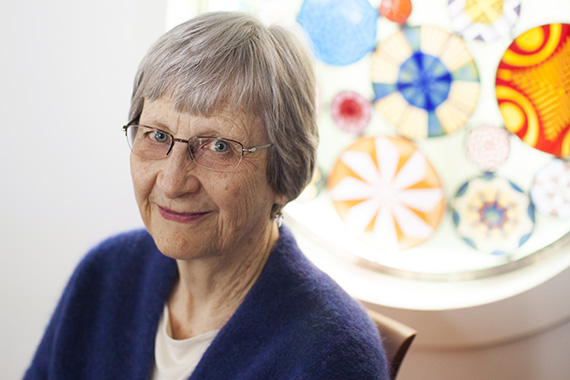 Laurel Thatcher Ulrich began her writing career in 1956 with an essay in Seventeen magazine describing Christmas in Sugar City, Idaho, her hometown. A graduate of the University of Utah, she moved with her husband, Gael Ulrich, to Massachusetts in 1960, and then to New Hampshire, where she completed her PhD in early American history. She is the author of several prize-winning books, including A House Full of Females: Plural Marriage and Women’s Rights in Early Mormonism, 1835–1870, which was published in 2017. She recently retired from Harvard University. She and Gael now live in Bala Cynwyd, Pennsylvania near some of their children and grandchildren and are members of the Philadelphia Fourth Ward.
Laurel T. Ulrich, L.T.U., LTU, Laurel Ulrich
LDS
LDS (Church of Jesus Christ of Latter-day Saints)
Gael Ulrich
1938-07-11
Sugar City, Idaho
University of Utah, MA in English from Simmons College, doctorate in history at the University of New Hampshire
Professor of History at the University of New Hampshire, professor at Harvard
Female
Author, Professor
English