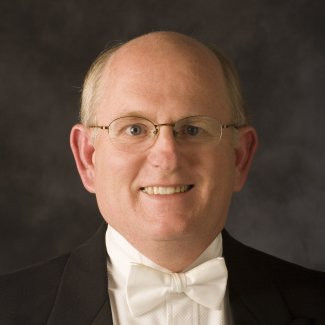 As music director, Dr. Wilberg oversees all musical and creative aspects of the Choir, the Orchestra at Temple Square, the Temple Square Chorale and the Bells on Temple Square, including selecting repertoire for concerts, recordings and tours and providing the creative direction for the weekly Music and the Spoken Word broadcast. He is also involved with selecting and training new Choir members.

He is a former Professor of Music at Brigham Young University and is active as a composer, arranger, guest conductor and clinician throughout the United States and abroad.

His compositions and arrangements are performed and recorded by choral organizations throughout the world. In addition to the many compositions he has written for the Mormon Tabernacle Choir, his works have most recently been performed by such artists as Renee Fleming, Frederica von Stade, Bryn Terfel, the King's Singers, Brian Stokes Mitchell, Audra McDonald, and narrators Walter Cronkite, Edward Herrmann, Peter Graves, and Claire Bloom.
Composer, Musician