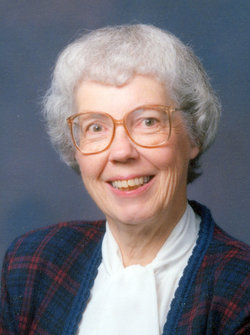 Margaret was born June 27, 1920, in Southampton, New York, to Edward Mowbray Tuttle and Viola Amorita Culver Tuttle. Margaret attended Stanford University in California where she graduated with honors in English. After graduation, she married Robert Davis Goff. They had four children. As a young wife in California, she was baptized a member of The Church of Jesus Christ of Latter-day Saints. She had many callings in the Church including Relief Society president and Provo Utah LDS Temple ordinance worker. She also served a senior mission to Carlsbad, California.

When her marriage ended, she worked at the University of Utah as department secretary of Mechanical Engineering while earning a Master’s degree in English Literature. She also completed work toward a Doctorate in English. In 1964, she moved her family to Provo, Utah, where she taught English at Brigham Young University. In 1968, Margaret married Sabino Enrique Sanchez Soto, from Peru, who took her to Houston, Texas, in 1973, and to Carlinville, Illinois, in 1975. In 1979, she returned to her home in Provo.

Margaret authored and had published a book of her poetry, an autobiography as well as lineage books on both of her parents’ genealogies. She was active in the Daughters of the American Revolution (DAR) from 1983 to 2011, and was an officer at both chapter and state levels including two years as State Chaplain.