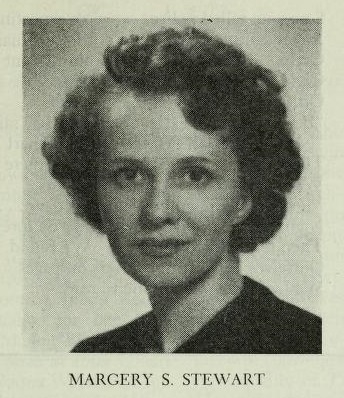 Marguerite Stockseth was born September 16, 1908 in Salt Lake City, Utah. She was the daughter of Rudolph Martinius Jensen and Oline Steffensen Stockseth. Marguerite married Russell Sterling Stewart on November 16, 1929 in Provo, Utah. She enjoyed writing stories and poetry, and was a member of several literary organizations, including the League of Utah Writers, the Barnacles, and "The Little Group" of short story writers. Her work was published in LDS publications, Utah periodicals, and in magazines with national circulation.