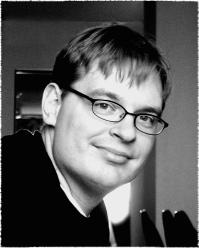 I was born in Utah, but with a father in the Navy I’ve lived all over – Rhode Island, Maryland, California (twice), and Hawaii. As an undergraduate at Utah State University, I majored in history. I then went on to earn M.S and Ed.S degrees in school psychology. I live in Utah with my wife where I work as a school psychologist for a large district. I also write, something I’ve done since I was a kid. In high school I discovered comic books, and I wrote and illustrated one of my own. I produced a single issue and photocopied it at Kinkos. I stopped writing for a while after that, until later in college. Back then I wrote mostly science fiction and fantasy short stories, and a little bit of poetry. I’ve continued to write short stories, but my passion is for middle grade and young adult novels.
Kirby, Matthew
Author