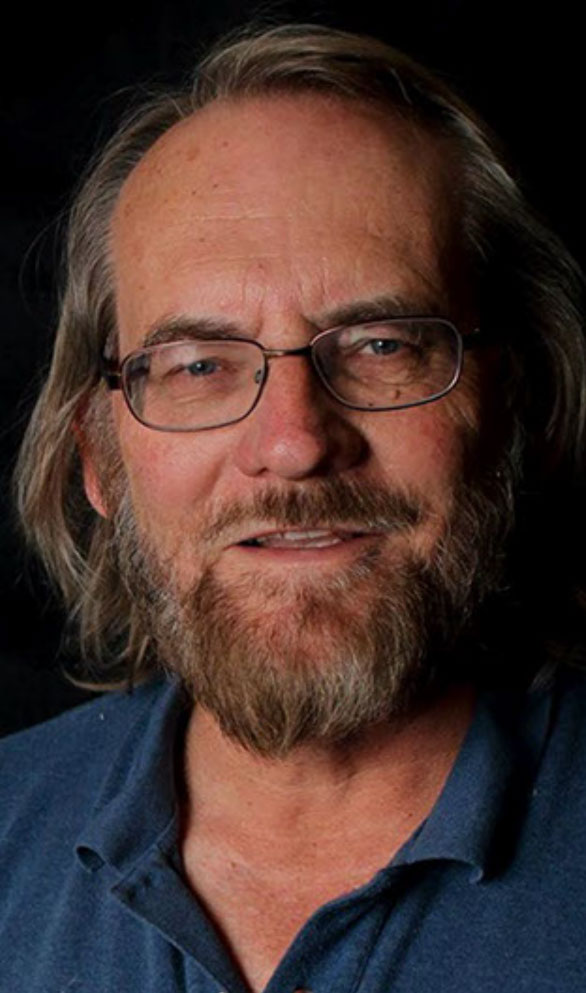 Unknown
Cartooning with the Art Instruction Schools of Minneapolis, Master of Fine Arts program in Screen-writing at University of California Los Angeles

"When I was six, my dad owned a restaurant in Miles City, Montana. His bartender told me the story of his life. How he was abandoned as a baby in a cabbage patch where visiting Martians adopted him and raised him on the red planet. He gave me a little figure of his adoptive father with green skin, an enlarged cranium and pointed ears. His Martian parents even visited Dad's restaurant one night just because they missed their son so much. I wasn't there, but my parents were. And they told me all about it.

It would be a few years before I began to suspect they were lying. But by that time it became all about the story. The speculative possibilities of that fiction have stayed with me to this day. Not just that story, but many many others. Stories of my family, of other cultures and countries. Fiction and non-fiction. I lost the little Martian figure long ago, but when I recently found it on ebay, I bought it. It's a sin to lose the important stories in your life.

From a very young age, I wanted to tell stories in the best way I could. As a young teenager in Las Vegas, Nevada, I studied Cartooning by mail with the Art Instruction Schools of Minneapolis - the same school where PEANUTS creator Charles Schultz used to teach. I wanted to draw and write comic books. But it was as an Art major in college that I made my first film - a minute long animation shot from over 500 of my own drawings.

From there I moved to live action film and film classes where I discovered a love for editing. I was accepted into the Master of Fine Arts program in Screen-writing at UCLA where I won the Jack Nicholson and the Larry Thor awards and got my first agent.

In my last quarter at UCLA, I joined I.A.T.S.E. Local 700, the Motion Picture Editors Guild. I took a staff apprentice editor position at Paramount Studios and from there moved on to different studios and different movies. Warner Brothers and Universal. Pee Wee's Big Adventure and The Color Purple. To name a couple.

With marriage and children, I found other opportunities in other locations. I made educational films and documentaries while living in Utah and New Mexico. After a number of years I returned to Los Angeles where I have been editing and directing independent feature films.

In the course of my career, I have told many stories. I have more to tell."