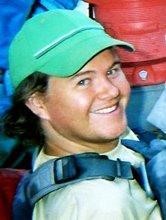 Nathan Hale is an award-winning children’s book illustrator and author.
LDS
LDS (Church of Jesus Christ of Latter-day Saints)
Hale studied illustration at Cornish College of the Arts in Seattle, Washington. He has a background in scientific and natural history illustration and has worked painting scientific murals for museums around the United States. Hale divides his time between picture books, natural history and educational illustration, and graphic novels. He has written and illustrated several books, including The Devil You Know, Yellowbelly and Plum Go to School, and The Twelve Bots of Christmas. He is the illustrator of Shannon and Dean Hale’s Rapunzel’s Revenge and Calamity Jack graphic novels. (He is not related to them.) Other books he has illustrated include Animal House, Balloon on the Moon, The Dinosaurs’ Night Before Christmas, and Frankenstein. His graphic novel series Nathan Hale’s Hazardous Tales has appeared on the New York Times’ Bestseller list. Titles in the series include Treaties, Trenches, Mud, and Blood; Donner Dinner Party; One Dead Spy; and Big Bad Ironclad! The awards Hale has received include: CYBIL Award, YALSA Great Graphic Novel for Teens, and Al Roker’s Book Club Pick.
Cornish College of the Arts in Seattle, Washington
Illustrator, author
Male
Illustrator
English