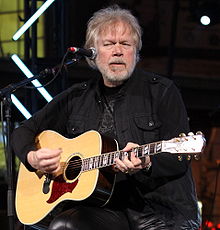 Randy Bachman is a Canadian musician best known as lead guitarist, songwriter and a founding member of the 1960s and 1970s rock bands The Guess Who and Bachman–Turner Overdrive. Bachman was also a member of Brave Belt with Chad Allan, Union and Ironhorse, and has recorded numerous solo albums.