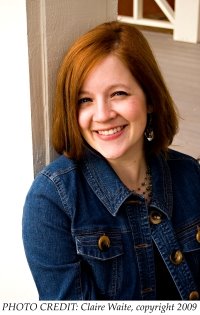 At the ripe-old age of five, I wrote my first book. Entitled “The Sun,” this work of literary genius contained such awe-inspiring passages as, “The sun is yellow.” It was a ground-breaking success among the Kindergarten of Roadrunner Elementary. On the heals of this success, I went on to write absolutely nothing for many, many years. One sweltering summer, my mother, in what can now be easily identified as a desperate ploy to keep her five children occupied for a few hours during the never-ending summer break, implemented a summer writing challenge. That summer's efforts produced the first ten pages of “The Mystery of the Broken Unicorn”--my first experience with a plot idea that simply didn't work. Several years after earning a bachelors degree in social science research, marrying my wonderful, if rather tall, husband and the birth of our second child, I took up my pen once more. Mercifully, I did not revisit the unicorn story but ventured into the world of Historical Romance. A true romantic at heart, though I forcefully deny the charge, I harbor a true weakness for the Regency era in English history. Between world war on a scale unheard of until that time, the political upheaval at home, a changing economy, the rise of industrialism and the burgeoning belief in the importance of romantic love, the early 19th Century has a little of everything. My first novel, The Ramshackle Knight, was published in May of 2007 and met with rave reviews from my mother and closest relatives. Spurred on by the unbiased acclaim, I wrote eight more Regency romances before being picked up by Covenant Communications.
LDS
LDS (Church of Jesus Christ of Latter-day Saints)
I'm not normal. I'm an author. I spend enormous amounts of time avoiding responsible things like cooking dinner and doing laundry and making vital phone calls. Instead, I fill my days with making up stories, talking to voices in my head, and laughing hysterically at my own wit. Like I said, I'm not normal.
Author, Featuring