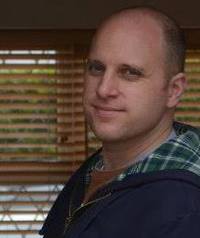 S. J. Wilkins lives close to the village from which the first British LDS immigrants left for America, and close to the beautiful but rugged west Pennine moors which inspired Hope's setting. He taught at the Preston England Missionary Training Centre between 1999 and 2002, able to look out on the same moorland the early missionaries must have seen after they first arrived in England. Seth appeared as Heber C. Kimball in the 2009 documentary Faith in Their Footsteps and has researched extensively at the University of Lancaster, graduating with masters of arts degrees in history and creative writing. In 2013, following almost six years in LDS retailing, he began training as a teacher.
S. J. Wilkins
LDS
LDS (Church of Jesus Christ of Latter-day Saints)
1974-01-10
The United Kingdom
University of Lancaster
Missionary Training Center teacher
Male
Author, Producer, Writer
English