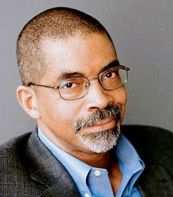 Some of Stephen Carter’s fondest memories involve cowering beneath his bed covers while reading yet another John Bellairs novel. A few years later, he managed to avoid taking a shower for more than a week after reading the scene in Stephen King’s The Shining. In his twenties, Stephen moved to Alaska and realized that since the sun never sets in the summers, he could read and watch all the horror he wanted.

Stephen is an award-winning essayist, comic book author, and magazine editor who, after a four-year stint in Wyoming, now lives in Utah. And, yes, just like the protagonist in The Hand of Glory, he has polygamous ancestors—and they can beat up your monogamous ancestors any day of the week.

LDS
LDS (Church of Jesus Christ of Latter-day Saints)
Example of work found on page 139 of the Spring 2015 issue of Dialogue: A Journal of Mormon Thought.
Male
Author, Editor