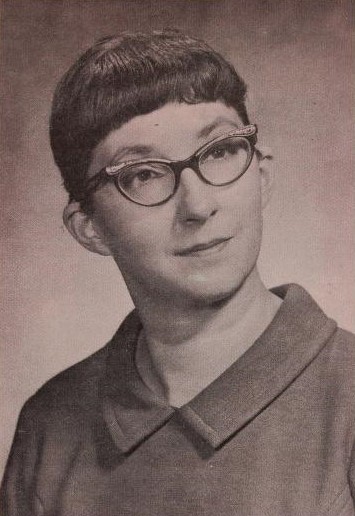 Virginia Maughan Kammeyer was born on February 25, 1925, in Cedar City, Utah. Her father was a college professor and her mother a poet and writer, and Virginia followed in their footsteps. She attended Utah State University and Brigham Young University, majoring in English. She taught high school English for two years before marrying Fred T. Kammeyer in 1948 and having six children. She was active in the National League of American Pen Women, the Daughters of Utah Pioneers, and the Relief Society. She began seriously writing poetry in the 1960s. Her light verse was published twelve months in a row in the Improvement Era (1967) and five months in a row in the Ensign (1972). She published a total of twenty-eight poems in Church magazines. She won the Relief Society poetry contest in 1970 with “Afterglow” and the all-Church poetry contest in 1983 with “Harvest.” Along with many other poetry awards, she also won the all-Church short story contest in 1977. Two volumes of her light verse were published in her lifetime: Saints Alive! (1970), and More Saints Alive! (1979). Posthumous publications include The Joy Book (2001), a complete collection of her poetry and three short novels. Virginia died August 10, 1999, in Lynnwood, Washington. [from Discoveries: Two Centuries of Poems by Mormon Women, 108] Included in 75 Significant Mormon Poets
Kanneyer, Virginia Maughan; Kammeyer, Virginia
LDS
LDS (member of the Church of Jesus Christ of Latter Day Saints)
Frederick August Theodore Kammeyer
1925-02-24
Cedar City, Utah
1999-08-10
Female
Author, Poet
English