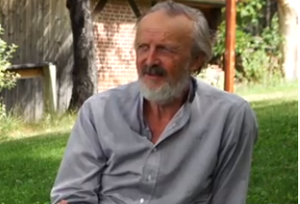 Barsch was born in Reudnitz, Germany. While his full name is Wulf Erich Barsch von Benedikt, he uses Wulf Barsch as his professional name. He studied under Bauhaus Masters, who were themselves Master Students of Paul Klee and Wassily Kandinsky. He joined The Church of Jesus Christ of Latter-day Saints in 1966, and subsequently served a mission for the LDS Church in northern California.
Wulf Erich Barsch von Benedikt
LDS
LDS (Church of Jesus Christ of Latter-day Saints)
His father was a prisoner of war, drafted before Barsch was born, so he didn’t see his father until he was sixteen years old. Because of World War II, Barsch was exiled alone as a young boy.
1943-08-27
Reudnitz, Germany
Northern California
Masters degree equivalent in Germany from Werkken Schule, Hannover in 1968; Master of Arts degree from BYU in 1970, and a Master of Fine Arts degree from BYU in 1971.

His works are now found in more than thirty-five collections worldwide, including the State Senate in Hamburg, Germany, and the Library of Congress in Washington, D.C. He is recognized for some of the better modern religious artwork.

In 2012, Barsch’s work was on display in the main gallery of the Springville Museum of Art. The exhibit, "Ex Corde Lux—A Retrospective of Wulf Barsch," represented his whole career and showed the evolution of Barsch as an artist.